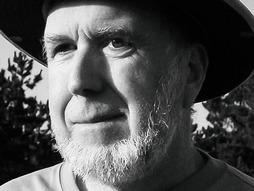 This is my Amazon review of Kevin Kelly’s 2010 book, What Technology Wants (WTW). For context, also see Jerry Coyne’s review in the New York Times.

WTW is a page-turner! Are you simply trying to decide whether to buy this book? The answer is buy it!

This is an important, elegant, and thoroughly researched work. It was hard to put down in 2010, and I'm reading it again in 2016, as I update this review.

Nobody is better qualified to write about technology and tools. This has been KK's lifetime focus, first as an editor of the Whole Earth Catalog (the bible of the hippie back-to-nature movement — I was there in 1968!), second as cofounder of the Well (a prominent early online community), then as executive editor of Wired, and finally as curator of Cool Tools (KK's reviews of his favorite tools.)

First, what I absolutely love about this book is KK's personal approach to life.

Reading Wired you might think Kelly would be using every fancy tech gadget the minute it comes out. Nothing could be further from the truth. He doesn't carry a cellphone; doesn't travel with a laptop; has no cable connection and doesn't watch tv. Why? Because he genuinely cares about his quality of life.

Kevin is a guy who spent years owning nothing but a sleeping bag and a bike, who admires the Amish, and who is decidely not an early adopter. Like the Amish, he'll thoroughly evaluate a new device before allowing it into his personal world. Ambivalence and thoughtful examination are the essence of KK's approach to technology. KK is not an unabashed flag-waver for technology, and human values are highly prized in this work. But now, on to another issue.

The New York Times review by prominent biologist Jerry Coyne (cited above) fired a big gun at this book. Professor Coyne, an expert on evolution, stated that while technology may have a "drive" toward complexity, albeit a metaphorical one, that is certainly not the case with evolution. Parallels between "the technium" and evolution figure prominently in Kelly's book.

Coyne rightfully points out that the biosphere (largely comprised of billion year old simple and unchanged bacterial species) has no mind of its own, and technology also does not. Coyne accuses Kelly of being a teleologist in the spirit, say, of Teilhard de Chardin. (Actually, I think Teilhard was right on the money.)

Coyne is surely right in the sense that humankind was not predestined to rule Earth (and Kelly is quite aware of the highly contingent nature of evolution). The misleading part in Coyne's critique is his apparent neglect of the autocatalytic nature of both technology and biologic evolution, which this book so superbly spells out.

Both the technium and biology were (and are) propelled forward by building on past innovations, that is by "standing on the shoulders of giants," as Isaac Newton said. The innovations for technology were language, printing, science, and the internet (not to mention a ten millennia portfolio of other inventions). The innovations for biology were protocell formation, replicating macromolecules, energy storage, protein synthesis, photosynthesis, motility, parasitism, sexual reproduction,and so on.

Since the Cambrian explosion, for us multicellular types, the patent portfolio has continued to accumulate: intercellular signaling networks, complex developmental programs, neural signaling, external and internal skeltons, teleceptors, etc. WTW shows exactly how the technium is autocatalytic in the same way that biology is. (Coyne's argument that biologic evolution was and is fueled by random mutation is irrelevant. Nature is so prolific that the important part of its generate-and-test algorithm is really the test part.)

My most important criticism of What Technology Wants stems from my concern for other species and our biosphere. Humanity and its technology have devasted the biosphere and are creating the greatest mass extinction in 65 million years. Technology has been a great boon to the human race (otherwise there would not be 7.4 billion of us), but it has been an unmitigated disaster for all other species. KK devotes a chapter to these problems, but then seems to express equal concern about the slowing growth of the human population. Really!

He and I completely part company on this one. Sub-Saharan Africa, for example, is a disaster: internicine warfare, famine, AIDS. Closing your eyes to Malthus may work in California (and even here, not really) but not in Africa. Nanotechnology may eventually create a bright future for massive humanity, but before that there may be a multidecade valley of death due to war, resource depletion, pollution, and disease. The planet does not need more humans.

OK, technology has been great for humans but not for non-humans. How about the future? Again I disagree with KK, although here I'm less vehement. (The future is profoundly unknowable: no one can see beyond the singularity which is technology's future event horizon.)

I'm not a true believer in KK's rosy view of technology's fond embrace of humanity, although I hope it's true. Yes, technology gives us more options, which we can always renounce (as he himself frequently does). However, after the next several decades (say, after 2050), technology (AI, robotics, cognitive science) will rapidly leave humanity in its dust. See those marginalized gorillas in Africa, clinging for their lives. That could well be us.

My great hope is that technology will create a Garden of Eden on Planet Earth just as this book envisions. On the other hand, I think that outer space, will not be explored by us but rather by highly advanced technology just as it currently is by NASA's space probes. This bifurcation between humanity and the technium will happen before 2050. I see no reason why a superior technium will inevitably share our values or value us. Our hands are stained with the blood of the world's species. Why won't we be next? Again, this is an important work, my criticisms not withstanding.

AI and the Future of Humanity