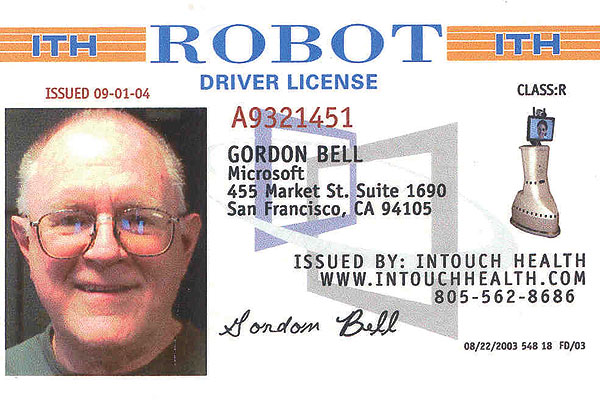 For the past ten years tech magnate Gordon Bell and his Microsoft colleague Jim Gemmell have conducted a fascinating experiment, electronically capturing almost all they come in contact with.  To do this they built a prototype system MyLifeBits. I had been aware of this effort for a few years. My interest was heightened by their description of MyLifeBits in Scientific American in 2007 .  Finally, I met them and heard them present it at (Xerox) PARC in Palo Alto. (See the video of that lecture here on the PARC Forum archive. ) I had to buy their new book, Total Recall: How the E-Memory Revolution Will Change Everything . What follows is my review of the book as it appears on Amazon.

They have identified and mined a key development in technology’s evolution: the total capture of all personal data.  My 1982 Stanford PhD thesis work – the RX Project – used similar data as input to an automated discovery engine. RX autonomously discovered important side effects of drugs.

Total Recall is indeed a step into an unknown world which – like it or not – is inevitable.

EVERYTHING, EVERYWHERE, ALL THE TIME

On his website, The Technium, Kevin Kelly (of Wired and Whole Earth fame) writes about What Technology Wants. Here's what IT wants - Everything, Everywhere, All the Time.

In IT's strive toward omniscience, it's clear that the next key piece is Total Recall of all personal, individual memories. Gordon Bell and Jim Gemmell lay out precisely how and why that will happen.

I've been in the memory business for over 40 years: first as a student of neurobiology at MIT, then as an AI researcher at Stanford, and finally as a physician. (Search Bob Blum for my essays on machine consciousness and other Big Questions.)

I had heard of Gordon Bell for decades, but had never met him until recently when I heard Gordon and Jim present this work at (Xerox) PARC (see that video on the PARC archive). That prompted me to buy the book.

Despite being age 75, Gordon is a lively, energetic spirit who readily deflected my public query/position , don't neuroscientists consider forgetting to be crucial as a means of increasing memory relevance? (My concern then and still is on maintaining high signal to noise ratio - quieting the mind to achieve the zen of pure signal.)

Young Jim Gemmell is also bright and engaging. Although I'm guessing that Jim contributed half of the leg work, the book is presented as a first person account of Gordon's 75 year life. The work is a delightful combination of the future of personal data capture as well as their experiences with MyLifeBits, a system implementation. That work was presented in Scientific American in March 2007 online - qv.)

Gordon has ridden the ascendancy of IT from prebirth (the family business was Bell Electric), through his student days at MIT, through his years as principal architect of the DEC System PDP and VAX computers (that ruled the IT world for a decade), and finally to his current position as eminence grise at Microsoft.

This book was a great stroll down memory lane. I love visiting the Computer History Museum in Mountain View, California. I had forgotten that this wonderful museum was made possible by Gordon Bell. He describes his efforts at collecting the oral histories that went into the museum, and how much easier it would have been with Total Recall. Imagine having every conversation of Charles Babbage, Thomas Watson, John Von Neumann, and Alan Turing.)

Now, here's their main point - as you live your life, COLLECT EVERYTHING: every visual field, every conversation, every location, every bodily function - not merely every email and web page. They describe a panoply of present and future sensors that will perhaps make it effortless: micro video cams, physiologic monitors, gps,etc. 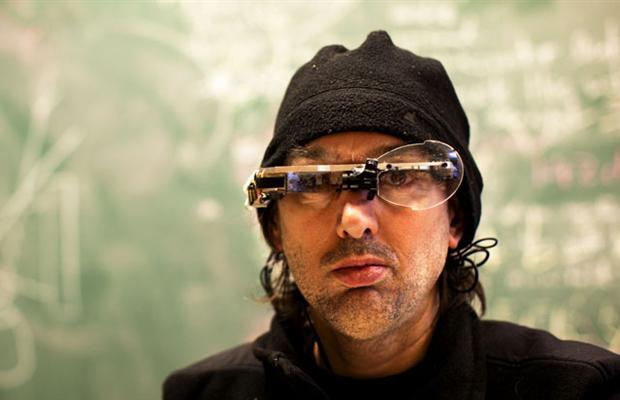 Ok, I've got 40 physical file drawers (I'm a fellow packrat), but that proposition raises hackles even with me as it must with every reader. Really? Isn't that endlessly time-consuming and distracting? (They say no - I say maybe.) Let the system do all the work, they say, silently collecting all you see, hear, do, and are. Then, at least, it's all potentially available, if and when you want to retrieve it. (Record your every moment from birth, then these e-memories will be available to your great grandchildren, your biographer, and your therapist.)

Their goal is identical to Google's: index and make readily available every single experience. (They describe MIT researcher Deb Roy's 24 by 7 real-time video capture of every instant in the life of his new born baby for three years: bizarre perhaps but priceless for students of language.)

Health, work, education, travel, personal life are all grist for Total Recall. The health care piece especially resonated with me, since I had developed a system at Stanford that discovered medical knowledge from stored personal data. They correctly describe the huge importance that will accrue to each of us as we gather data on our day to day health and habits. Refrigerator to Gordon - What? No vegetables? Just Ice Cream?! Computer to Bob - You've sat too long. Time to get up and bike.

Gordon describes his episodes of severe coronary disease including cardiac arrest. Heart disease, like most diseases, is brought on one day at a time over a lifetime. The remedy is self observation and performance monitoring. All our habits need to be recorded. We are our own best doctors. Not only is the data personally essential, but it's a great epidemiologic resource. When a close friend died of cancer, it was tragic that the causative factors had not been captured. (We are probably swimming in a sea of unidentified carcinogens.)

One thinks of the many potential hazards of collecting data this intimate: identity theft, denial of insurance coverage, blackmail, and cognitive clutter. They discuss all of the many pitfalls and present some novel solutions, eg the self-destructing Swiss Data Bank. They do NOT advocate making your data public.

I had expected (and got) a thorough discussion of their experiences with personal data capture. But, what a pleasant, upside surprise was the engaging story of their use by Gordon as he built the Computer Museum, dealt with his heart attacks, dealt with a poignant incident (the mysterious disappearance/death of his boss, superstar computer scientist Jim Gray), his deals with dozens of start-ups and entrepreneurial projects, or his on-going effort at age 75 to build an immortal version of himself that may be able to grow and learn after his body has been recycled! (Want to get rich? The book is filled with great ideas for entrepreneurs - untapped gold!)

Yes. 99% of life is banal, but, as they say, the palest ink is better than the best memory, so RECORD IT ALL. I award the book a mere 4 stars, only because it is not War and Peace. But, if you work with computers and are interested in the future, this book is for you.

Everything, Everywhere, All the time is inevitable, at least for some of us.