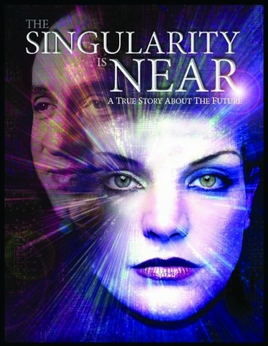 This is a book review I wrote in May 2009 for Amazon.com. It reviews the then just released book TRANSCEND: Nine Steps to Living Well Forever by Ray Kurzweil and Terry Grossman. My main criticism of the book is their lack of skepticism in regard to vitamins and supplements. Which raises the issue: Does Drug X Really Work? How do you evaluate medical evidence? Click that link to read my essay on how the experts do it. Finally, if you just want the bottom line: what do I personally take, what are my personal recommendations, and most importantly - how does the Natural Standard (a national authority) rate the scientific evidence for Ray's and Terry's list of drugs?  That essay is called TRANSCEND Drugs . TRANSCEND IS a good plan for living well...

I stressed over what grade to give Transcend and ultimately gave it an Amazon **** grade (say, B+).  Why that high? Why only that high?

First, I'm an MD, PhD with 30 years of clinical practice and 10 years of medical research.  (Google Bob Blum) Ray Kurzweil was a classmate of mine at MIT in the sixties. ( Ray is a world-renowned inventor and futurist and author of The Singularity is Near , meriting an A+) I just met Terry at the Foresight Convergence Conference last November (2008).

I had read Fantastic Voyage, their first joint effort, several times and always had a hard time deciding whether to recommend it to friends and colleagues.  80% of Fantastic Voyage was first rate information.  20% was highly controversial, fringe medicine (alkaline water and obscure supplements).

I complained to both Ray (in a letter expressing concern about his personal health - 250 pills a day is just too many, portending too many interactions) and also to Terry.  My advice was to please label or rate the scientific evidence that forms a basis for each of their drug recommendations.  He told me that their coming book TRANSCEND would solve the problem. It DOES.  Most of that controversial 20% has been surgically removed. Gone is much of the pseudoscience.

What's left follows closely (and expands) the world according to Drs. Dean Ornish, Andrew Weil, and many other admirable health writers.               The book summarizes the best of current medical advice on how to stay healthy. If you're not a health professional and have not read many books like this I would strongly recommend it. So, for most of you that's my advice... buy the book (and live by it).

In re: Talk to your doctor and Assessments.  Much of this is a list of tests to request, and as they rightly state, many of these tests will not be covered by insurance. This means you will have hundreds of dollars in unreimbursed expenses for tests of unproven efficacy.

During my meeting with Terry at Convergence he emphasized the importance of carotid ultrasound and coronary calcium scoring for men over 45 or women over 55.  I totally concur.  There is nothing like seeing the calcium plaque in your arteries to put the fear of the Lord into you.

However, for many of the other tests (neurotransmitter levels, mineral analysis, digestive function, eg) it is unclear how often, if ever, the tests should be done.  With the country's economy in tatters and healthcare already at 15% of GDP some of  these tests will always be for the well-to-do, worried well.

In re: Nutrition.  I bristled when I saw that 66 pages were devoted to low fat recipes, since (IMHO) this is usually a worthless page-filler.   However, I've changed my mind on this. In this era when so many foods that are readily available are condemned (most fats, much of animal protein, fast carbs) readers want to know ok, so what DO I eat?

I actually made their soy yogurt Waldorf Salad, the quinoa, and the zucchini and have lost 3 pounds from my usually cerebrotonic, ectomorphic frame.  Basically, folks, this is where to get your vitamins and minerals.  As Mark Bittman (NY Times Food Critic) says, it's the carrot, not the beta carotene. I single out for especial praise their Transcend Food Pyramid - they nailed it – veggies and water are the base.

In re: Supplements. This is the arena in which Ray and Terry were particularly on thin ice in Fantasic Voyage. Ray's mammoth daily consumption of supplements to reprogram his biochemistry is notorious. I was delighted to see that their public recommendations for supplements have been greatly toned down. Whether this reflects a change in their own personal consumption is not stated.   Since I'm a great fan of Ray's proselytizing for the Singularity, I hope it does.  When I asked Aubrey (Engineered Negligible Senescence) de Grey (he of the Methusaleh beard)  how many pills per day he takes (in contrast to Ray K's 250), he said none. My wife is a good cook.

And now, here's the key problem - no discussion of methodology for arriving at medical truth.  It's called evidence-based medicine - Wiki it - and it needs to be a core piece of every health book. Inquiring readers want to know,  should I take resveratrol or alpha-lipoic-acid? How about CoQ10 or calorie restriction? Should I take vitamin E even though large clinical trials indicate that it might contribute to my death?

The hundreds of references that were in Fantastic Voyage were a good thing - they must be there. Furthermore, it needs to be absolutely clear that many of the supplements that are still on their recommended list have only weak, inconclusive, or contradictory evidence.

That Ray and Terry (and Andrew Weil) sell supplements is an obvious conflict of interest. They owe it to their readers to present all the evidence not merely that which supports the consumption of particular supplements.

Again, I recommend this book, especially for the lay reader, since I endorse the TRANSCEND plan.  My key reservation is that the evidence base (con as well as pro) needs to be expanded.