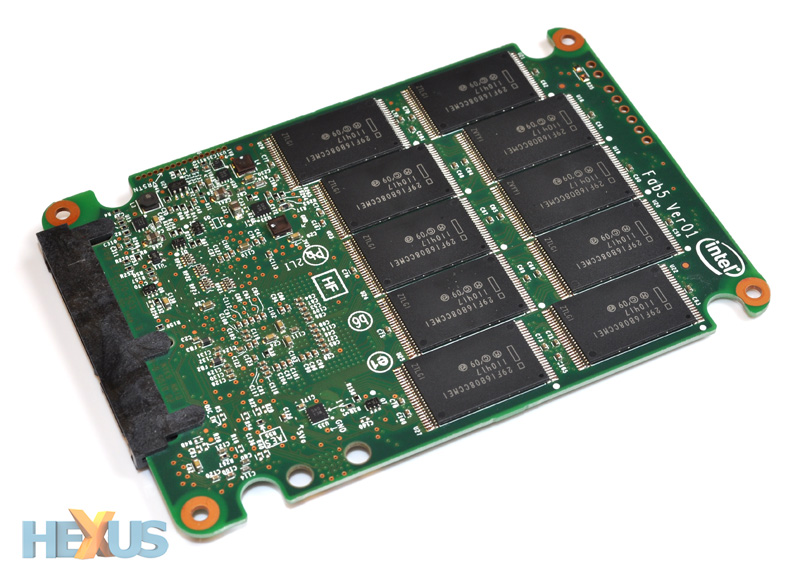 Did I tell you? I've been watching Moore's Law unfold, since I was 12, building ham radio equipment with money from my paper route and lawn mowing. It's always a thrill to experience new epochs in tech development. I'm convinced that flash memory drives are a case in point. This is an Amazon review I just finished (April 2011) about my new Intel SSD. Rotating drives are headed to the Smithsonian.          Nothing will convince you of the immense speed of solid state drives like this entertaining video Samsung SSD Awesomeness (a must-watch for SSD fans).

This is my first SSD, and I absolutely love it.  Very fast boot up and shut-down; incredibly fast program launch - even monsters like Photoshop: blam - they're on.             Since my system worked reasonably well before, I worried about every aspect of this project.  (If it ain't broke, don't fix it. Why spend the $250, what if I have boot problems, what if the performance increase is marginal or worse?).  Incredibly the installation was totally quick and flawless. Bravo, Intel!  Now for some details.

I bought the retail kit ($10 to $25 more than the OEM version). The two cables are handy (sata power and data),  I used the bracket, and even the tiny 3 inch CD with installation instructions was useful.  Amazingly, those instructions are not on Intel's website.)  They worked flawlessly.

I installed it in my 2008 Intel desktop tower that runs Windows XP Pro 32-bit and that has an Intel Core 2 Duo E8600 processor. This system was top of the line when I bought it, so I really wanted to wait another year before upgrading to a 64-bit OS (to get 4gb of DRAM) and a faster processor (like Ivy Bridge).  I love WinXP, and I have a lot of old drivers, so I was hesitant to upgrade to Win7 now or to make any expensive hardware upgrades now.)

I think I made the perfect choice, but this decision was not without anxiety.

After reading all the reviews for Intel's SSD X25-M (it's Gen 2, 34 nano SSDs), it was apparent that most buyers raved about them: their speed and their reliability, but, cruising the internet you find all kinds of potential worries. I list them here, only to dismiss them. (BTW, the Series 320 SSDs are from Intel's 25 nano fab in Utah: they are even faster and more reliable than the X25-M series. Although they only support 3gb/sec data transfer, that's all my old mobo can dish out, so that's fine.)

1)  SSDs, WinXP, and TRIM.  This was a worry, since WinXP was written a decade ago, long before SSDs.  My worry was that WinXP does not support TRIM, which is a command to tell the SSD to overwrite deleted data.  Without TRIM, the efficiency of the SSD might deteriorate due to unavailable pages.  The solution for WinXP is to use a small, free program, the Intel Solid-State Drive Toolbox, to perform this drive optimization.  (Win7 does it automatically.)  So, a non-worry - not a reason to upgrade to Win7. BTW, SSDs and TRIM are explained in a well-written 2009 article on AnandTech The SSD Anthology: Understanding SSDs.

2)  SSDs and BIOS or other drive recognition problems.  This was a huge worry, since this has been a recurring catastrophe  about every five years: having a hard drive that simply does not show up either in Windows, or even worse, not in the BIOS.  I spoke to some professionals; they had never experienced this when installing Intel SSDs on customers desktops.  In fact, I did not have to touch the BIOS at all.  I just connected the sata power and data cables, and the drive magically appeared on the BIOS list and in Windows (on the Device Manager drive list). (The 'raptor HD is disconnected for now.)

3)  Installing Windows (or anything) on the SSD.  I need to mention that although, I could SEE the SSD in the Device Manager, it does NOT show up on My Computer along with the C drive.  The reason is that it ships, of course, unformatted. (I had hoped to just copy my entire mechanical hard drive (a WD 600 gb Velociraptor) to the SSD using Norton Ghost.)  Instead, I resorted to reading the directions that came with the drive on that tiny little CD.  Again, Intel to the rescue with their Drive Migration software provided by Acronis.  Don't be scared off by the minutiae of that program.  In fact, you only use one single command:  Clone Now - the rest is automatic.

The bottom line is that this was a hugely worthwhile and easy project with a thrilling result: incredibly fast performance.  I think mechanical drives will go the way of  magnetic tape: for archival storage only and to museums.  (I also write about the future of biotech, neuroscience, and AI: see BobBlum.com )

PS: Don't stress about mounting the SSD. (See the YouTube Samsung SSD Awesomeness with the guy trampolining with 24 SSDs.)